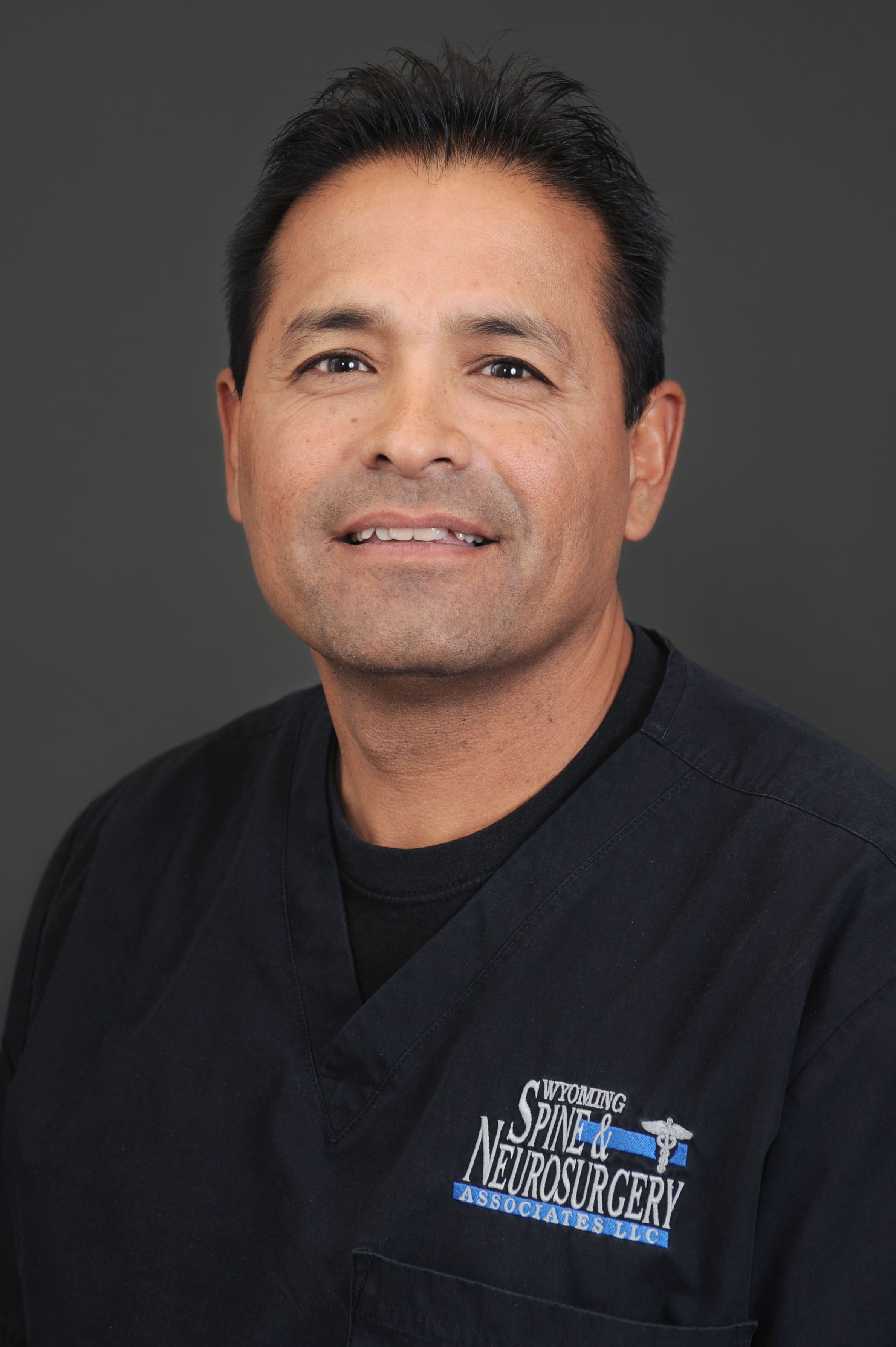 Cesar Garcia, PA-C was born in Denver, Colorado. After 24 years of dedicated service to the United States Air Force he commenced work with Wyoming Spine and Neurosurgery Associates in 2014. He is currently licensed in Wyoming and Colorado and has held licenses in New Mexico and Idaho.

Cesar’s extensive medical background dates back many years to his service in the Air Force. He attended the University of Nebraska where he obtained a Masters of PA studies and completed the PA training program between 1997 and 1999.

Interestingly, prior to attending the University of Nebraska, Cesar worked for the United States Space program when he resided in Hawaii. He participated in Emergency Medical Technician training when he resided in Alaska. He also taught Combat Casualty Care at Fort Sam Houston, in Texas. From the PA program training he received in Nebraska, Cesar was stationed in several different locations where he provided medical care.

Cesar worked for the Indian Health Service in New Mexico. He worked in the Emergency Services Department at Eastern New Mexico Medical Center. He was stationed at Holloman Air Force Base from 1999 to 2002 were he provided Family Practice, Pediatric and Acute Care. During his tenure at Holloman, he was promoted to Senior Supervisor of Emergency Services.

After yet another move and deployment to Kuwait, Cesar elected to retire from the Air Force as a Captain so that he could spend more time devoting his attention and time to his family, and in particular, his 2 young daughters. He initially worked for Cheyenne Cardiology Associates as a civilian from 2009 to 2012. Thereafter he took a short position at Swedish Medical Center in Denver where he worked as a Hospitalist until 2014. Cesar then returned to Wyoming in 2014 where he has remained.

Cesar most days can be found either at training for the Dandy’s, or at a 4H event or perhaps devoted so some other task generally in the interest of his family and in particular his daughters. He loves to hunt, fish or just be outdoors. Dr Beer appreciated Cesar’s prior casualty training when he broke his leg while hunting with Cesar a couple of years ago several miles within one of the Wilderness Areas of Wyoming.

Cesar has brought his wealth of prior medical experience to Wyoming Spine and Neurosurgery. He assists with the initial evaluation and ongoing treatment for spinal conditions in the outpatient clinic. He also provides assistance during surgical procedures.

Dr. Beer is a highly credentialed neurosurgeon and is a member of the following medical organizations: